D.E.L.T.A. Rescue (Dedication and Everlasting Love to Animals) is the largest “No Kill, Care-for-Life” sanctuary of its kind in the world. Beautifully landscaped and surrounded by rolling hills, the 115-acre mountaintop ranch is located in the high desert area of Los Angeles.

All of D.E.L.T.A. Rescue’s 1500+ animals receive lots of love and any necessary veterinary care while living out the rest of their lives at the sanctuary, never having to worry about being lost and alone again. 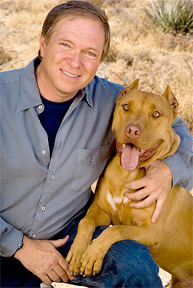 It all started in 1979 when actor, Leo Grillo, spotted an abandoned Doberman on the side of the road in the Angeles National Forest. Leo rescued the tired, thin dog and named her “Delta,” which means “change” in Greek. At the time, Leo had no idea how this action would affect his life for many years to come.

Later that year, while Leo and Delta were hiking in the wilderness outside of Los Angeles, they came upon 35 starving dogs. Shaken, Leo drove back to the city, purchased several 50-pound bags of dog food, and returned to the area. He spread the food on the ground, whistled for the dogs, and watched as they came running and happily munched on the food. Leo was appalled to learn there was no organization who could help without killing the dogs. Leo vowed to save the dogs, and he spent the next year feeding the dogs daily and medicating them when they were sick.
By 1980, Leo leased kennel space and officially rescued the 35 dogs, and within the first year, he rescued about three dozen more abandoned dogs. Leo ultimately found homes for most, but he kept about 20 unwanted dogs. Leo continued preaching his “no-kill” sheltering philosophy and worked to find good homes for many dogs. But true to his philosophy, Leo kept many unwanted, sick, and abused dogs.

In 1981, D.E.L.T.A. Rescue (Dedication and Everlasting Love to Animals) was incorporated as a non-profit organization. By 1983, Leo’s kennels were full. He was feeding over 150 dogs living in the wilderness, while also caring for many dogs and cats in his home. It became clear that Leo needed more space when he was cited for having too many animals. A newspaper story was published about D.E.L.T.A. Rescue, and sympathetic readers donated $20,000 which Leo used as a down-payment on a 50-year-old shelter. Leo’s no-kill shelter soon became home to 250 rescued dogs and cats.

D.E.L.T.A. Rescue, Leo’s philosophy, and the plight of abandoned animals began receiving national attention, and by 1985, Leo acquired a ranch in Acton, CA to house rescued feral cats, livestock, horses and burros. Now, D.E.L.T.A. Rescue Super Sanctuary is the largest animal rescue sanctuary in the world and is home to over 1500 animals who had been abandoned in wilderness areas. 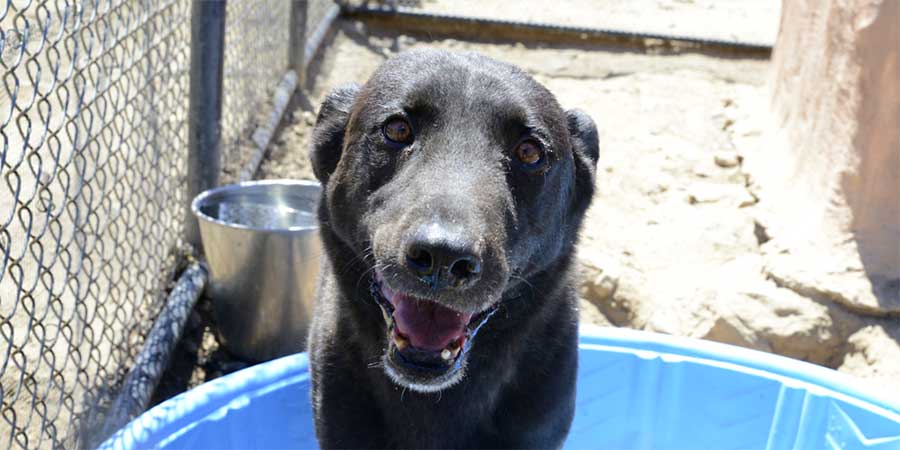 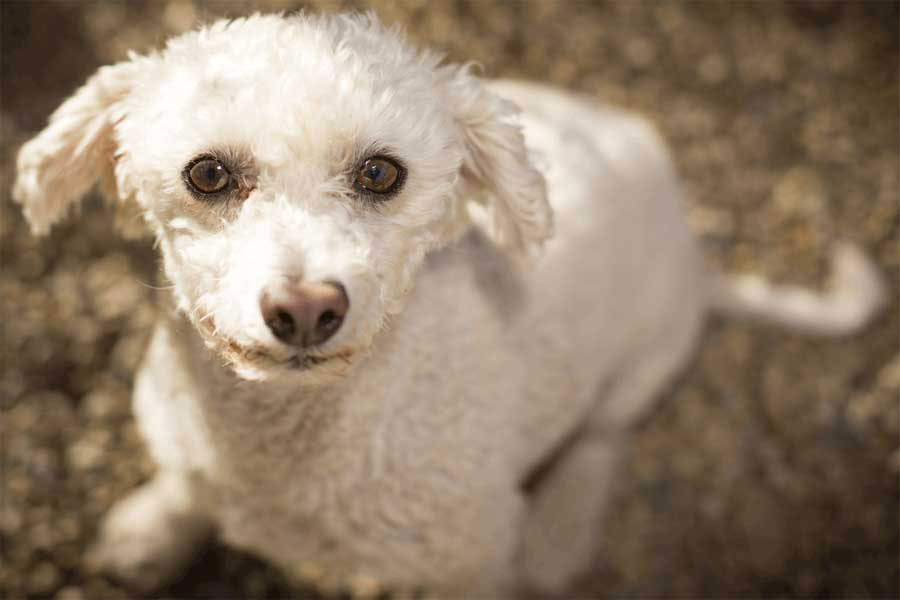 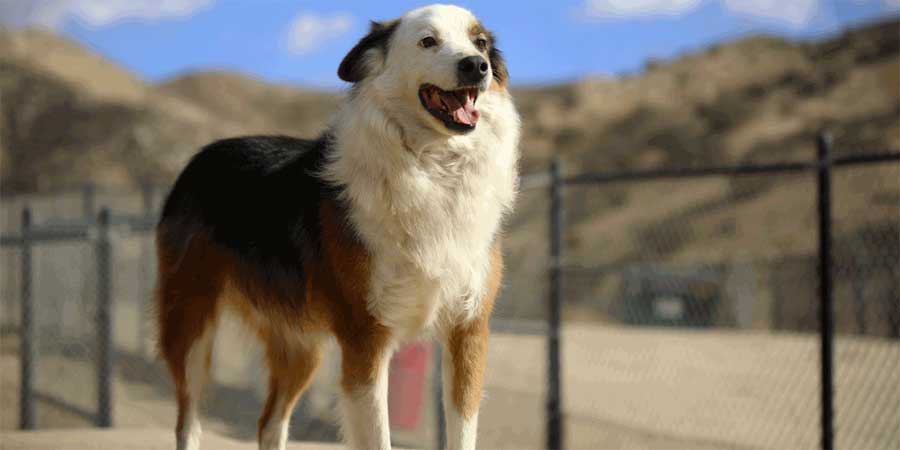 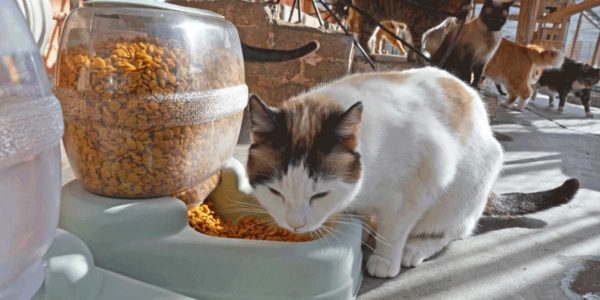 Cats live in climate-controlled indoor/outdoor catteries where they enjoy three meals a day. Formerly feral cats now have a safe, cozy place to sleep, climbing trees to play on, and suspended walkways to enjoy the fresh air and sunshine with no threats from predators. Dogs of all breeds and sizes live and are cared for in huge yards with straw bale houses (keeping animals cool in summer and warm in winter) and wading pools for hot summer months.
In addition to D.E.L.T.A Rescue’s work with abandoned animals, this non-profit organization reaches over three million people a year by sharing the plight of abandoned animals and supporting other rescue programs. Leo Grillo and his team have developed documentary, instructional, and feature projects to increase awareness of the plight of abandoned animals, to teach basic animal care, and to encourage others to rescue animals.

D.E.L.T.A. Rescue relies solely on donor contributions. Please join 4Knines in supporting the incredible work of D.E.L.T.A. Rescue by making a donation. Your gift goes directly to the animals, helping provide love and care for rescued cats and dogs who were abandoned or born in the wilderness. 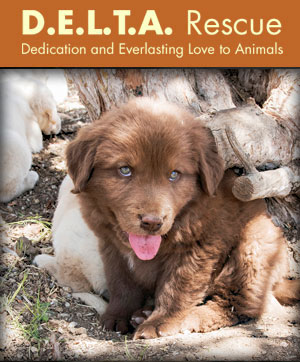