3 Great Games to Play With Your Dog 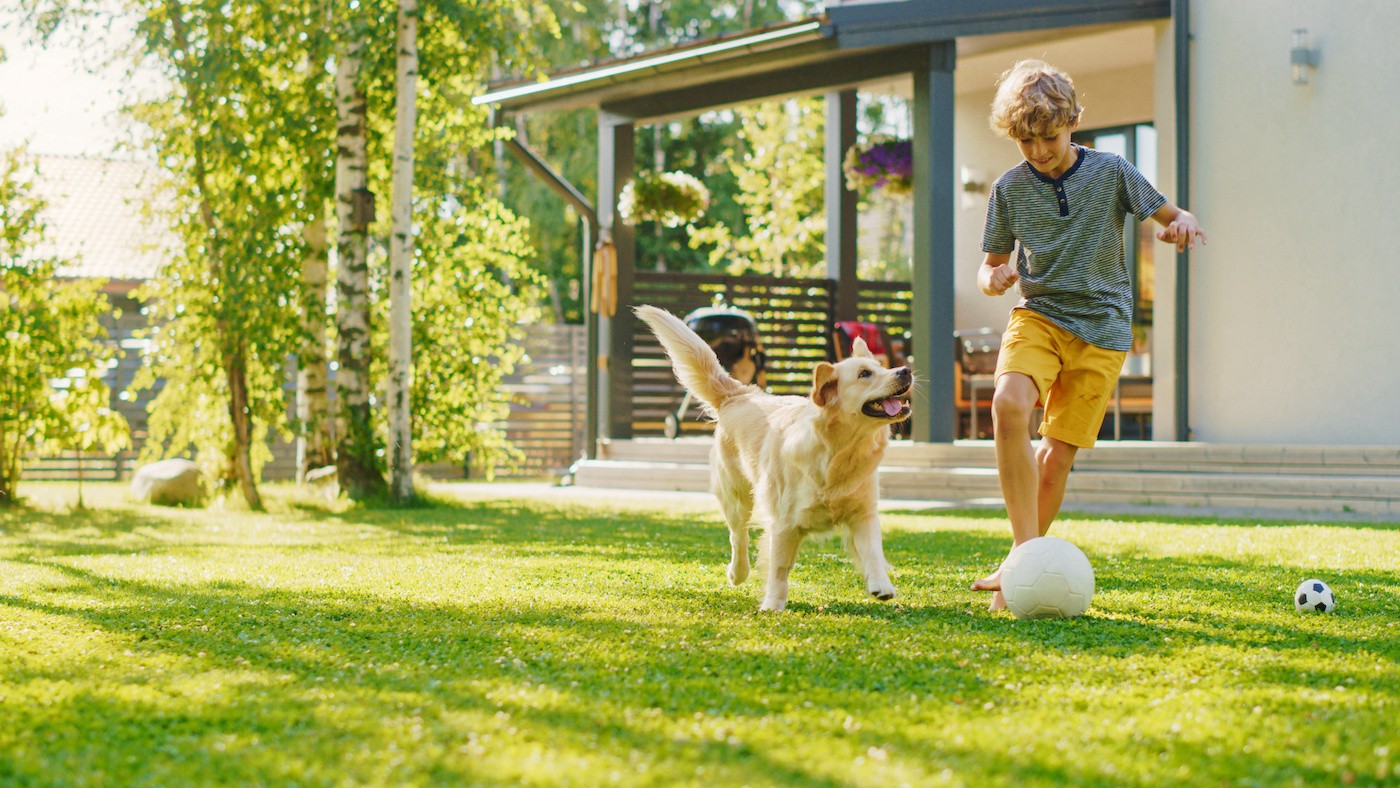 Talk to most dog owners and they’ll tell you the importance of taking Fido out for his daily walk. Yet when it comes to playtime, some owners might not rank this activity so highly.

However, the first things we learn as humans are learnt through playing.  That red bouncy ball that escaped you so many times at the beach was the key to developing the coordination that lets you eat food, tie your shoelaces, and even fly a jet aircraft.  It’s the same for our dogs. Playing provides the foundations that let dogs perform daily activities, it allows them to use their natural behaviours, boosts fitness and improves their cognitive skills.

As we humans grow up, we play less and less, but when we remember the adage about ‘all work and no play’ and go outside with a ball, we feel revived and enthusiastic. Your dog is only too happy to help you feel like this all the time!

So Why Do Dogs Play?

Biologist John Bradshaw says: “Play must promote survival; otherwise, evolution would select against it.  A young animal that’s playing out in the open is much more obvious to a predator than one sleeping in its den.  However, the benefits of play do not usually become apparent until months later, when they emerge in the form of better social integration or more sophisticated hunting techniques…the simplest explanation is that play is self-rewarding: in other words, it is fun!”

When I’m working with owners that are experiencing problems with their dog, as part of their assessment, I always look at what enrichment the dog gets during the day. That’s because, in some cases, a dog that’s reactive to another may get a rush of dopamine pumping through his body. This can be highly addictive, especially if Fido isn’t experiencing any ‘highs’ for the rest of his day. So the behaviour, which may have been originally borne out of fear or frustration, can end up being rewarding for that dog and therefore repeated due to a lack of stimulation.

Playing with your dog not only provides happy hormones for your pooch but it also helps focus his natural behaviours in a positive way.  Playing strengthens the dog-owner bond, teaches Fido you’re fun to be with, and it helps create and maintain a healthy body and mind. What could be better than that?

There are some great ways you can bust your dog’s neurons through play, so here are three game ideas to play with your pooch:

Let the dog see you hide a treat under an upturned plastic cup or clean yoghurt pot. When he moves towards it, praise your dog and say “FIND IT.”  When your dog pushes the cup over, praise your dog to reinforce this action – his reward is being able to munch up the treat he’s just found! When your dog starts to do this readily, put him outside the room and hide the treat. This makes it a blind search for your dog. Bring your dog back in, place your palm near to his nose so he can smell the scent from the treat, then say “FIND IT” gesturing towards the room.

Start off by placing your dog’s toy basket in the middle of the room, kneel down next to it and scatter the toys. Give your dog his retrieve cue (for example “FETCH”), praise him when he picks up the toy and then hold the basket under your dog’s jaw, say “BE TIDY.” Praise and reward your dog when he drops the toy into the basket. Then repeat…

With a treat in your hand show it to your dog, place it close to his nose then move it in a wide circle clockwise and say “SPIN.” As the dog follows the treat, praise and reward him with the treat. To teach your dog the twist, move your hand containing the treat in a wide circle anti-clockwise and say “TWIST.” Praise and reward your dog when he gets it right. Once your dog is getting the idea, introduce a hand signal or movement to indicate left spins and right twists.

Top Tip: Avoid games that encourage mouthing, biting or jumping at you. Very often rough and tumble games can lead to a dog getting over-excited or, for some, a little fearful. Instead redirect your dog’s attention onto rubberized chew toys if he starts getting over-aroused, or introduce food puzzle games as this gets your dog’s brain working, helping to calm him down. 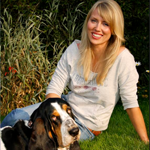 Hanne Grice is a dog trainer & behaviour specialist; published author and founder of the pet care and behaviour company Walk the Dog™ (WTD).  Over the last nine years, Hanne has helped over a thousand human and furry clients, working with famous faces from the world of sport, film and entertainment.  She has won a number of awards both nationally and locally for her work in the UK, and represented female entrepreneurs presenting in front of government bodies and Ministers.  Hanne is the author of ‘Playing With Your Dog‘ and contributes to a number of publications sharing advice on canine behaviour.  Hanne has given expert advice on the BBC Breakfast sofa, BBC Radio 5 Live, Talk Sport, Radio Dacorum and has regularly appeared on BBC Three Counties.  She also runs a popular Puppy & Dog School in Hertfordshire, England, and holds educational workshops for both pet owners and pet professionals.  Hanne is a member of The  Association of Pet Dog Trainers,  The Pet Professional Guild,  The Animal Behaviour Society,  The Association for the Study of Animal Behaviour, The Society for the Promoting of Applied Research in Canine Science, The Animal Behavior Management Alliance and the British Institute of Professional Dog Trainers.