During the housing crisis of 2008, thousands of people were displaced, and thousands of pets became homeless. Many pets were abandoned in foreclosed homes without adequate food or water, while others were forced into shelters, their owners believing they had no other choice.

Lost Our Home Pet Rescue’s Founder and Executive Director, Jodi Polanski, worked as a mortgage banker in the Phoenix, AZ area during this time and witnessed the devastating effects of this crisis firsthand. Maricopa County experienced the second highest foreclosure rates in the nation, and with high euthanasia rates in county shelters, Jodi quickly recognized there was no existing service designed to address the needs of both people and pets.

With a small network of volunteers, Jodi launched Lost Our Home Pet Rescue, a grassroots, no-kill organization dedicated to saving pets at risk of homelessness. While the group’s focus was to help pets abandoned during the housing crisis, they soon realized the needs of their community were much greater than originally thought. Lost Our Home Rescue expanded their programs to offer additional resources for pets and pet parents facing other life crises. With these programs and others, Lost Our Home Pet Rescue provides peace of mind to many populations within the community including youth, veterans, disabled youth and adults, homeless, victims of domestic violence, families facing financial hardships, and those dealing with illness and/or hospitalization. 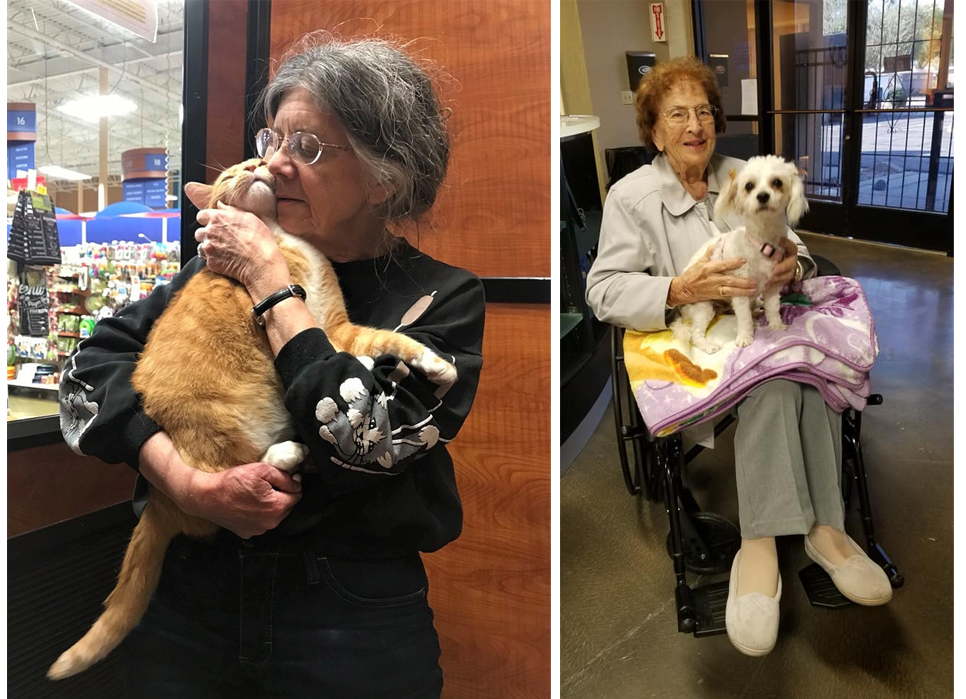 Since its beginnings in 2008, Lost Our Home Pet Rescue has impacted the lives of thousands of pets and people. Their unique programs help to address the challenges people encounter when they need help for themselves and their pets. With many stories of hope, the people who have experienced Lost Our Home’s compassionate response can best attest to their mission.

We hope you will join 4Knines in supporting this award-winning non-profit by donating to their Home at Last Campaign (donations up to $50,000 are matched by a generous donor!). There are many other creative ways to donate to Lost Our Home Rescue, and if you live in the Phoenix metropolitan area, they are always looking for reliable volunteers or volunteer groups.