A Secret Insight Into How Dogs Learn!

My friend Anna looked exhausted when she complained to me about her yellow Lab. 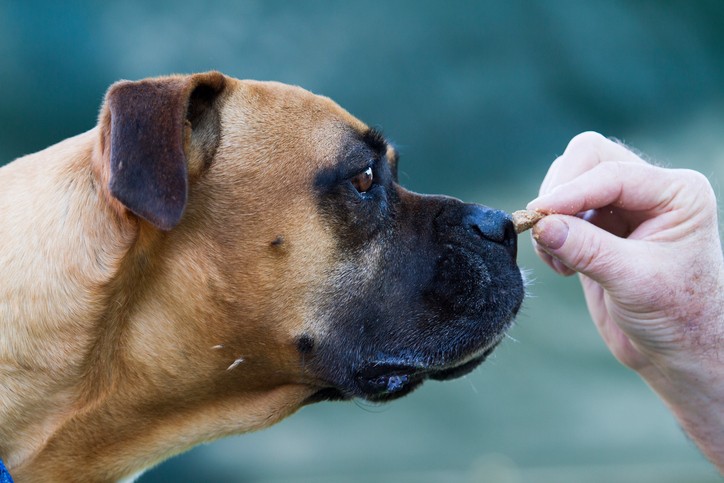 “Ainsley is so stubborn,” Anna said. “She pees all over the house, when I know she knows not to do it, and she won’t even sit when I tell her to.”

“Have you trained her to sit?” I asked.

“Yes!” Anna responded. “She learned it in puppy class.”

“Oh cool. So, do you still give her treats when she sits now?”

“No. Of course not. We already did that,” she said. “I shouldn’t have to bribe her. She learned how to sit two months ago and is just refusing to do it now.”

“What about housetraining?” I asked. “Do you give her treats each time she goes to the bathroom outside?”

“Yes! I always give her a cookie when we get back to the front door after a walk.”

I have conversations like this all the time. Most of the time, the pups in question aren’t actually being willfully disobedient—they simply don’t understand what they’re being asked to do.

There is a science to animal learning, but even though trainers have been using it to teach parrots and dolphins and sea lions to perform for audiences since the middle of the 20th century, many dog guardians haven’t yet learned about it. Armed with that knowledge, however, our relationship with our pups can vastly improve—it’s almost like we learn to speak a common language.

Unlike us, dogs don’t learn from reasoning and explanations. Instead, they learn what to do and what not to do through “operant conditioning.” Like all animals, dogs learn from the consequences of their actions. Simply put, they do what works.

If I give my Beagle, Emma, a treat each time she puts her tush on the ground, the next time I say “sit,” she will sit. Tush on ground equals treat in mouth? Win!

If I close the door each time Emma charges ahead to sprint outside, and only open the door for her when she pauses, she will learn to calmly wait for me to open the door. Stop moving forward and door opens up? Got it!

In both of these scenarios, the consequences are something Emma wants. In the first one, it’s food. She sits down; she gets a treat. So she’s more likely to sit the next time I ask. In the second example, it’s the backyard. She really wants to go outside, but that can only happen when she waits politely.

The more repetitions of “sit equals treat” and “pause equals backyard,” the more likely it will be that Emma continues those behaviors.

Reinforcement can come in the form of chicken or cheese or tug toys or a game of fetch or walkies—whatever the dog wants at that moment. But without reinforcement, over time the dog will stop doing the behavior—a process known as “extinction.” It’s not stubbornness; it’s science.

Circling back to my friend Anna, the reason that Ainsley stopped sitting on cue is because the reinforcement stopped. Once Anna started giving Ainsley treats again for sitting, she sat.

The housetraining issue is a little trickier. The reinforcer was there, but the timing was off. The treat must be given to Ainsley right when the behavior occurs, or Ainsley will associate the payment with something else. In this case, Ainsley associated getting home with the good stuff—not peeing. To teach Ainsley to pee outside, Anna needed to give her the tasty treat just as Ainsley finished doing her thing.

Before I understood how dogs learn, I was as frustrated as Anna. But once I started seeing food as a reinforcer rather than a bribe, my relationship with Emma has flourished.

She now sits when I ask, walks politely on-leash, and even stops at intersections when I say “wait.” We’re speaking the same language finally, and the only cost to me is a pocketful of tasty treats to thank Emma for being such a good girl. 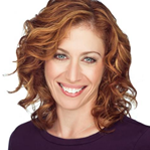 Tracy Krulik writes for publications including The Bark, The Washington Post, Washington Post Express, and the Association of Professional Dog Trainers’ Chronicle of the Dog. She is also a student in Jean Donaldson’s Academy for Dog Trainers. Visit her blog Dogz and Their Peoplez to read more.