10 Interesting Facts You May Not Know About Canines

10 Interesting Facts You May Not Know About Canines

Dogs are unique, fun animals, and most pet owners will agree that they really brighten our days. 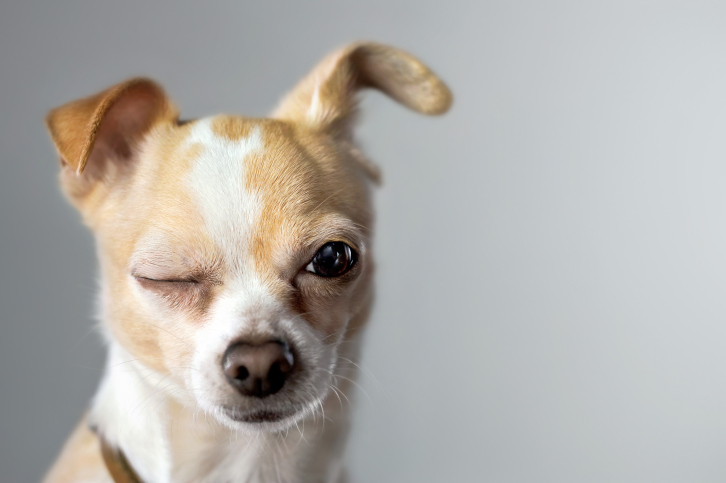 We probably know just about everything about our dogs' personalities, but you might be surprised about just how much you didn't know about dogs! Like, dogs have twice as many muscles for moving their ears as humans, and that they use them to make more than 100 facial expressions.
Pretty cool, right?

Here are some other fun facts you might not know about canines:

1. Some small breed dogs' stomachs are the size of a walnut!
2. The average dog is as smart a two-year-old! Canines are capable of performing simple mathematical calculations, and of understanding up to 250 words and gestures.
3. Just as a fingerprint is used to identify us, a dog's nose print can be used to identify him/her.
4. Dogs are the only animals in the animal kingdom that can read the emotions on your face just like humans.
5. Ever wonder why your dog circles his bed before he lies down? In the wild, this motion helps to flatten tall grass and turn it into a comfy sleep spot.
6. Dogs can get hiccups just like us, and for the same reasons - drinking/eating too fast, anxiety, fear or excitement.
7. Dogs see in color! It's a common misconception that all dogs are colorblind. However, they don't see as many colors or as sharp or vividly as we do.
8. Dogs will eat just about anything, even the trash! It might be because they only have about 1,700 taste buds as opposed to the 9,000 of humans.
9. Dogs aren't that fond of hugs. Although every dog reacts differently, some really dislike a limb thrown over them because they see it as a sign of dominance. Others will tolerate a hug, but would much prefer a good rump scratch!
10. It can be quite annoying when you're busy cleaning around the house or trying to get ready for the day and your dog is underfoot, but it's just their way of telling you they love you. When your dog leans into you, take a second to return the gesture before going about your way.
If you enjoyed these facts, check out these other lists: 10 Things Humans Do That Dogs Hate and 21 Facts About Dogs.